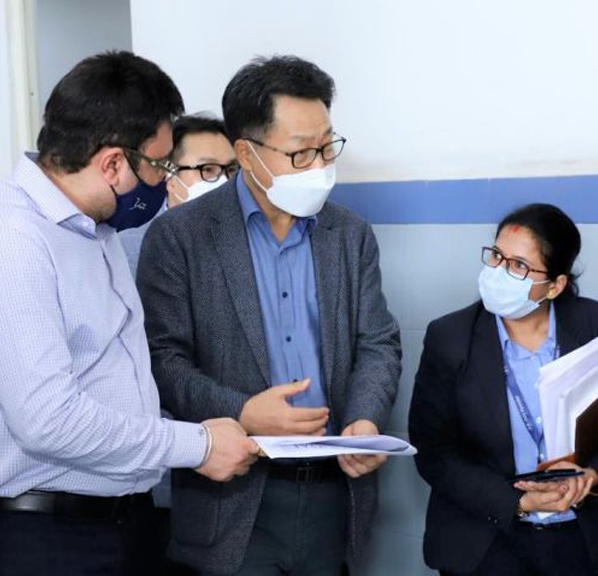 For Unsoo Kim who assumed his new role on January 1 this year replacing former managing director SS Kim, it was his first visit to any of the company’s a thousand plus dealership network in India. HMIL has its India headquarters in Gurugram only which was inaugurated by Haryana’s chief minister M L Khattar in July last year.

The new MD along with his team also visited the Hyundai Technical Training Academy situated in the premises of the JMV Hyundai dealership.

According to Yatin Ghai, Dealer Principal Mr. Kim was extremely happy to see the infrastructure as well as services being offered to the customers at JMV Hyundai. The HMILMD also gave away a car key to one of the customers during his visit.