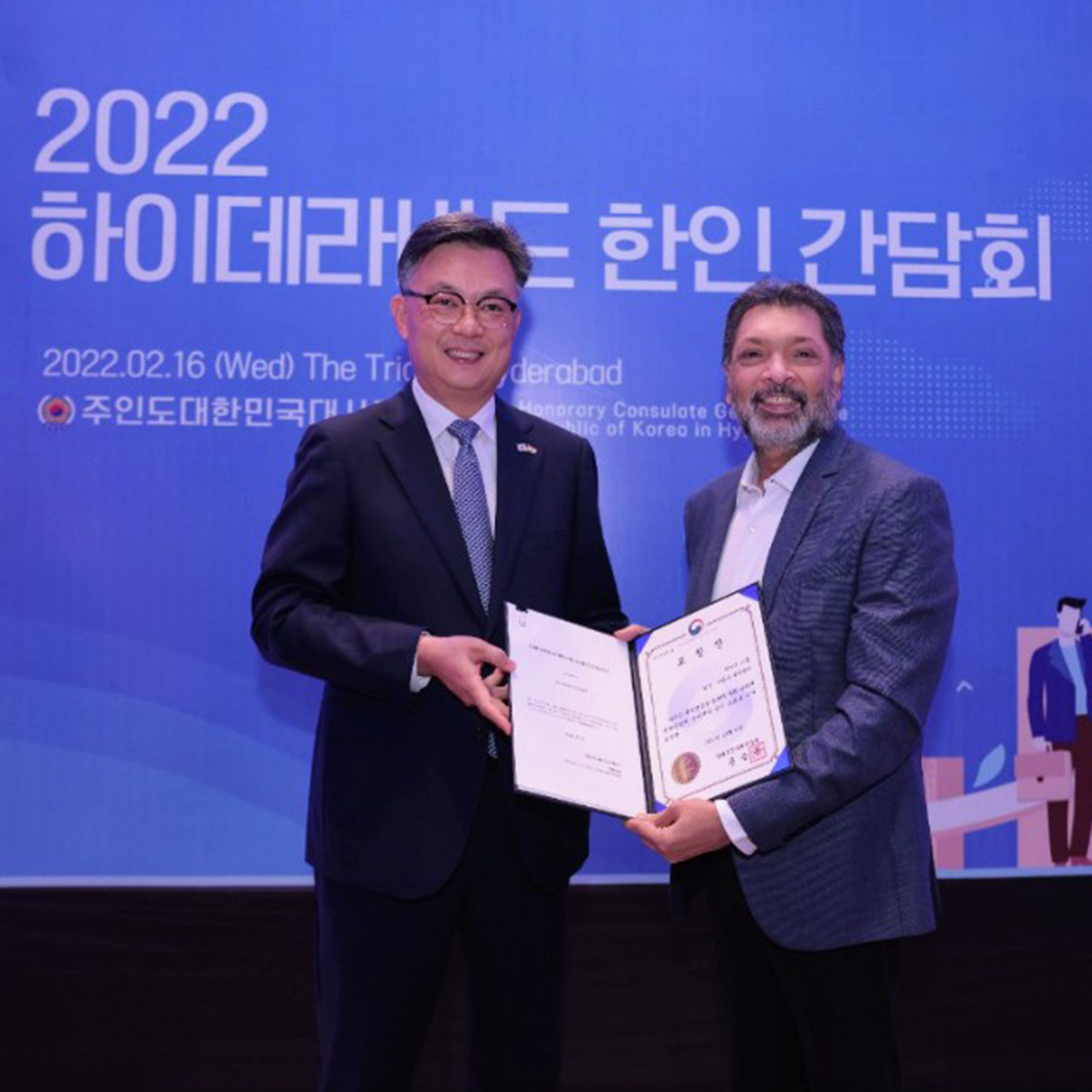 The South Korean government has conferred Suresh Chukkapalli, Honorary Consul General of the Republic of Korea in Telangana, with its country’s prestigious “Trade Day” award for promoting bilateral trade between the two countries.

Korean Ambassador to India Chang Jae-bok bestowed the award to Chukkapalli in Hyderabad where the former was on a 4-day visit on February 15-19, on behalf of Moon Seung-wook, Minister of Trade, Industry and Energy, Republic of Korea.

The Trade Day award is an acknowledgement of Chukkapalli’s relentless efforts in bringing Korean investment into India, and also for promoting bilateral trade.